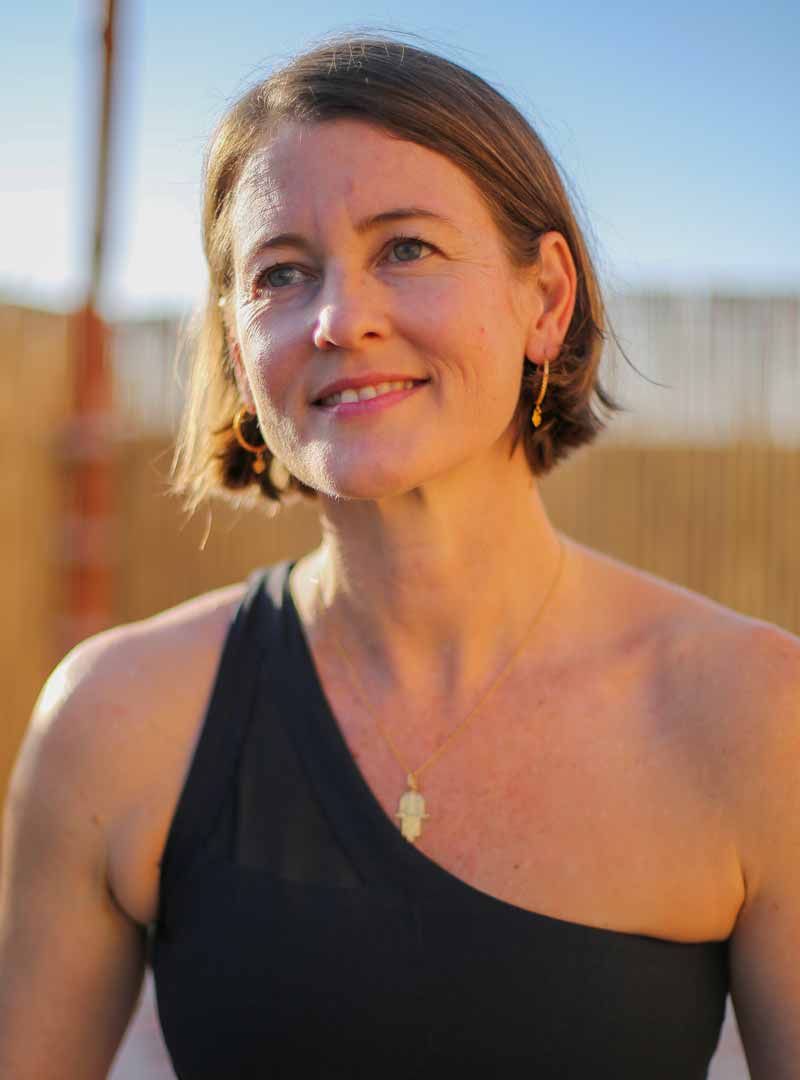 As a child I loved to dance and and feel connected to a source greater than myself. Probably it’s not so surprising then that I found yoga or it found me.
In my late twenties, after ten years of working in public relations I made what would be the first of many trips to India. I took a break from fast-paced, hedonistic life I’d been living in Hong Kong and spent six months in south India.
In the four years that followed I spent months at a time in India studying in Mysore (the birthplace of Ashtanga Yoga) and traveling extensively throughout India and South East Asia visiting ashrams, monasteries and places of spiritual significance, diving in deep to yoga and meditation practices.
I received the blessing of level 2 authorisation by Paramguru Sharath Jois in 2010 and was fortunate to participate in two teacher training sessions with Sharath-ji in 2010 and 2014 as well as being one of the first students to assist classes in the Mysore shala.
I began teaching yoga in Japan, in Tokyo, Osaka and then Nagoya where I started the city’s first Ashtanga Mysore programme. After eight years in Asia I returned to my birthplace of Sydney, to teach at the Jois Yoga Shala, ready to put down roots, however life had other plans for me and after a year back home teaching, I was on the road again.
This time an epic journey through fifteen countries, including Myanmar, Japan, China, the trans-Siberian railway to Russia, eastern Europe, Turkey, India, practising and teaching yoga along the way, culminating in moving to Dubai at the beginning of 2012.
In Dubai I established Ashtanga Yoga Dubai in 2013 and the yoga shala Nilaya House in 2017, where I currently teach.
I’m grateful to my mentors and teachers on the path of Ashtanga yoga including R Sharath Jois, Eileen Hall, Kiki Flynn, David Roche, Alex Medin, Rolf & Marci Naujokat and Noriyuki Tomiyama.
My yoga studies continue in the areas of Vedanta, Tantra, Ayurveda and Vedic Chanting under the tutelage of Niloorferji, Kavita Chinaaiyan, Dr Robert Svoboda and Shantala Sriramaiah, and am currently completing a three-year Yoga History and Philosophy program (Traditional Yoga Studies) and one-year certificate in Ayurveda (American Institute of Vedic Studies).
I hope to empower and inspire students to learn, explore and grow along their own very personal path of yoga, uncovering what brings balance and joy and keeps the flame of yoga burning bright.